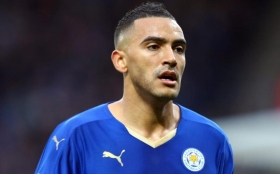 Leicester City have made an official offer for Lille defender Edgar Ie.

Leicester City are reportedly weighing up a contract offer for former Arsenal and Manchester City defender Bacary Sagna. The France international has been a free-agent since his release from the Citizens at the end of last season.

Leicester City defender Danny Simpson claims Leicester are struggling to get to grips with the Premier Leagues new rules on set piece defending.

Danny Simpson has committed his future to Leicester City by penning a fresh contract which would keep him at the club until the summer of 2019.

Leicester City's new signing Danny Simpson has admitted that he was stunned by manager Harry Redknapp's decision to allow his exit from the club.

Queens Park Rangers have completed the signing of Blackpool's English winger Matt Phillips for a nominal fee of £5million.

Championship side Queens Park Rangers have agreed a contract with free agent Gary O ' Neil according to Sky Sports.

Aston Villa could make a surprise bid for Newcastle right back Danny Simpson. The full back is coming to the end of his current contract at St. James' Park, and the Villains are preparing a 2m GBP offer for the right back.

Alan Pardew wants Newcastle defender Danny Simpson to agree terms on a new contract as soon as possible, or the 24 year old may have to be sold in the January transfer window.

The Man Utd vs Man City derby commences at Old Trafford this afternoon and the lineups are as follows. Match Preview

Rooney happy to be captain

Wayne Rooney has expressed his delight and honour at becoming the captain of Man Utd for the Roma game. Rooney was in charge for the second time in his Old Trafford career.

Ryan Giggs has said that Man Utd must continue their 5-match winning form in the Premiership and defeat sixth placed Blackburn in order to keep their Premiership challenge on track.

Sir Alex Ferguson's men romped to a 4-0 victory today over Wigan Athletic. It took a little while for Man Utd to get into fifth gear, but once they were there Man Utd looked unstoppable. Carlos Tevez opened the scoring (53), before a Cristiano Ronaldo (58, 75) brace and Wayne Rooney header (81) confounded Wigan’s misery and moved United to top spot in the league.