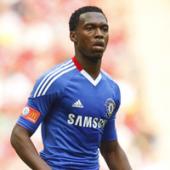 Five things we learned from Liverpool vs Arsenal

Liverpool piled more misery on Arsenal. Goals from Sadio Mane, Roberto Firmino, Danny Sturridge and Mohamed Salah ensured the Reds marched past Arsenal in an emphatic manner. The Anfield side are still unbeaten this season whereas Arsenal succumbed to their second successive defeat of the season albeit in a humiliating fashion, a result that has seen them drop to 16th in league table, nevertheless. It was an entertaining game at Anfield, and this is what we learnt.

Gareth Southgate announced his England squad today for the upcoming international friendlies, including one against World Champions Germany. There has been plenty of speculation about who the England manager would pick in the run up to his selection, and today it was revealed that Sunderland striker Jermaine Defoe has earned his first England call up since 2013.

The agent of Fabio Borini has denied that Lazio have made an offer for his client. The Liverpool forward has been strongly linked with a return to his homeland especially with the arrival of Spain striker Iago Aspas.

Manchester United manager Sir Alex Ferguson has questioned the signing of Danny Sturridge by Liverpool. Sturridge joined the Reds from rivals Chelsea at the beginning of the January transfer window.

Malaga's billionaire owners are ready to bankroll a mammoth 30m GBP move for Chelsea striker Fernando Torres. The Spanish international has struggled for form since leaving Liverpool, and is now pining for a move back to his homeland.

Chelsea manager Andre Villas-Boas has no plans to sell out of form striker Fernando Torres, despite reports of interest from Torres' former club Atletico Madrid.

Tim Krul's stunning performances in the Premier League for Newcastle have not gone unnoticed by rival clubs, and Spurs manager Harry Redknapp has earmarked the Dutchman as a possible replacement for Brad Friedel once the American retires.

A hardworking Chelsea display would be enough for the Blues to see off the threat of early season hopefuls Newcastle at St. James' Park on Saturday. Juan Mata, Didier Drogba and Salomon Kalou scored the goals that ensured the three points would be returning to London.

Anelka requests transfer out of Chelsea

French forward Nicolas Anelka has requested a transfer in January. The former Arsenal, Bolton and Liverpool striker has told Andre Villas-Boas that he wants to leave, and Russian side Anzhi are preparing a move for the forward.

Andre Villas-Boas knows that today's visit of Wolves to Stamford Bridge is a must win game, as Chelsea have so far endured the worst start to a Premier League campaign since Roman Abramovich took control of the club. Wolves are battling to retain their Premier League status, and the Blues will be hoping for a significant victory to ensure their season gets back on track.

Chelsea manager Andre Villas-Boas is happy to let Belgian striker Romelu Lukaku leave on loan in January, with ambitious Spanish side Malaga mooted as his possible next destination.

This weekend's biggest fixture pits London rivals Chelsea against Arsenal for Saturday's early kick off. Chelsea will start as favorites, but a rejuvenated Gunners side are sure to offer tricky competition for the Blues. A Chelsea victory would see them leapfrog Man Utd into 2nd place.

This all London Premier League derby pits ambitious Queens Park Rangers against the exciting Chelsea in what is sure to be an exhilarating match for the neutral to watch.

Arsenal back in for Salomon Kalou

Arsene Wenger will make an 8m GBP offer for Ivory Coast international Salomon Kalou. Arsenal's manager is a huge fan of Kalou and has made an offer every year since 2008 for the Chelsea forward.

Chelsea striker Danny Sturridge won't be leaving the club this summer, despite the interest of Bolton. Owen Coyle is reportedly interested in a January transfer window move for the player.

Bolton are considering a move on loan for Man City midfielder Vladimir Weiss. The Trotters signed Weiss on loan two years ago and he enjoyed a highly successful loan spell at Rangers only last year.

Bolton to bid for Sturridge?

Bolton boss Owen Coyle has hinted that Danny Sturridge is a player he is very interested in bringing back to the Reebok Stadium on loan this season.

Chelsea have reportedly offered Danny Sturridge as part of a transfer package to lure Luka Modric to Stamford Bridge from Tottenham. According to reports, Chelsea have offered £27m plus the forward.