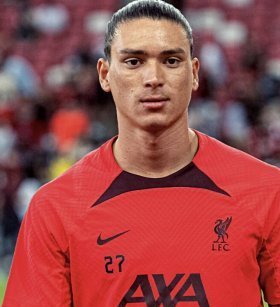 Liverpool boss Jurgen Klopp could be handed a significant transfer budget in January in order to reinforce the squad.

Liverpool have reportedly joined Arsenal in the race to sign Shakhtar Donetsk winger Mykhaylo Mudryk in the New Year.

Liverpool striker Roberto Firmino has revealed that he has no plans of leaving the club this summer amid the constant speculation.

West Ham and Liverpool to do battle for Lille midfielder

Both Liverpool and West Ham have made transfer offers for Lille midfielder Amadou Onana, with the player ready to weigh up offers from both Premier League sides. It is understood that West Ham are ready to guarantee first-team football to Onana, whilst Liverpool see the player as a backup and hot prospect for the future.

Liverpool have been linked with a surprise approach for Manchester United target Antony this summer.

Liverpool manager Jurgen Klopp has shrugged off suggestions that the club overpaid for striker Darwin Nunez during this summer football transfer window. Reports suggested that Uruguayan forward Nunez would be the most expensive player in the club's history, but Klopp dismissed these claims as inaccurate.

Manchester United have no plans of parting ways with Cristiano Ronaldo during this summer's transfer window.

Manchester United are ready to make a fresh bid of around £60m to sign Porto striker Evanilson this summer.