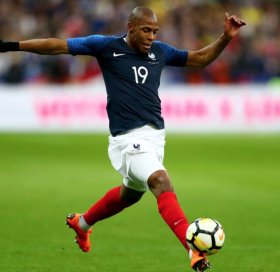 Fulham prepare £10m offer for Liverpool defender Neco Williams after loan spell at club last season... with promoted side having also held talks with ex-Everton full-back Djibril Sidibe
promotion back to the Premier League in his 15 loan appearances. Williams - who made only one appearance in the Premier League for Jurgen
22/06 00:44

Manchester United have reportedly stepped up their interest in signing Djibril Sidibe from AS Monaco. The Frenchman has been earmarked as a probable competitor for Antonio Valencia for the right-back spot.

Manchester United manager Jose Mourinho is reportedly looking into a move for AS Monaco right-back Djibril Sidibe ahead of this summer's transfer window.

Ligue 1 leaders AS Monaco have reportedly fended off interest from Manchester United, Chelsea and Everton in order to sign Anderlecht youngster Youri Tielemans in the summer.

Manchester United boss Jose Mourinho is planning to make a triple raid on AS Monaco this summer as he seeks to turn his side into potential title contenders next season.

Chelsea reportedly consider themselves favourites to sign Monaco midfielder Tiemoue Bakayoko at the end of the campaign.

Djibril Sidibe could join one of Europe's elite

Manchester City and Manchester United are reported to be eyeing a move for Djibril Sidibe at the end of the season. The France international was the subject of an approach from Arsenal last summer.