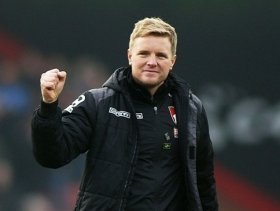 Barcelona and Real Madrid linked with move for Almiron

Newcastle midfielder Miguel Almiron is wanted by Real Madrid and Barcelona, as both clubs consider a transfer for the Paraguay international. Interestingly, the Toon Army star has a minimum fee release clause in his contract, and the Spanish duo could activate it this January or next summer.

Sergej Milinkovic-Savic looks set to turn down a move to both Liverpool and Man Utd in favour of a transfer to Newcastle United, after the Toon Army tabled a reported 45 million euro bid for the Lazio midfielder. Milinkovic-Savic has been constantly linked with a move to England, and it appears as if Eddie Howe's side will win the race to sign the Serbian international on a permanent basis.

Newcastle are on the verge of completing a move for Arsenal midfielder Ainsley Maitland-Niles, with the Gunners' versatile midfielder set to fly to Newcastle tomorrow morning for a medical and to discuss personal terms. The player has been told that he is free to leave the club this summer.

Newcastle and Man Utd target Benjamin Sesko has wrapped up a move to join RB Leipzig. The talented forward, 19, had been playing for Red Bull Salzburg in the Austrian Bundesliga and spent a spell on loan at FC Liefering.

Newcastle have reportedly made a transfer window bid of £40 million to sign England international midfielder James Maddison. The Leicester City star, who had a sterling campaign last season and has been persistently linked with a move away from the Foxes, is apparently opent o offers of a transfer elsewhere.

Brentford striker Ivan Toney is the subject of interest from Premier League rivals Newcastle United, with the Toon Army readying a reported £25 million bid for the striker. According to reports, Toney is ready for a new challenge and is tempted by the move north to Newcastle.

Bayer Leverkusen and France international winger Moussa Diaby is on the verge of a move to St James' Park, after Newcastle United finally reached an agreement for the transfer of the player. It is understood that Newcastle will pay an initial 19 million euros for Diaby, with a further 11 million euros based upon performance and appearances.

Newcastle United manager Eddie Howe had been looking to secure a transfer for Ekitike, but at the last minute a transfer fell through, believed to be due to personal terms.