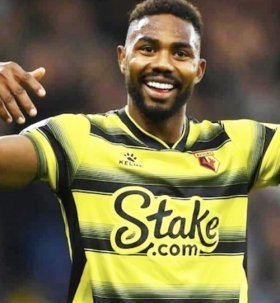 Emmanuel Dennis has agreed a contract with Nottingham Forest and will join from Watford in a deal worth £20 million. The Nigerian international forward has decided that he wants Premier League football and a move to Forest proved too difficult to turn down.

Swiss international Remo Freuler will leave Italian club Atalanta and move to the Premier League, as the midfielder looks set to complete a £12 million transfer to newly promoted Nottingham Forest. The 30-year-old will sign a three year contract at the City Ground outfit.

Watford striker Emmanuel Dennis has emerged as the final piece of the jigsaw in Nottingham Forest's busy summer transfer programme, as the Nigerian international forward looks set to complete a mega money move to the City Ground before the end of the transfer window. 24-year-old Dennis scored 10 goals for Watford last year, and those numbers will likely help him secure a deal worth a reported £28 million.