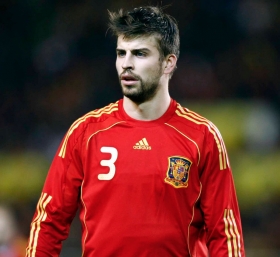 Barcelona are reportedly considering a potential move for Chelsea defender Antonio Rudiger as they look to bolster their backline.

Barcelona could look into signing either Antonio Rudiger or Shkodran Mustafi in January, suppose they are unable to negotiate a deal for Eric Garcia.

Barcelona are prepared to sanction the sale of Ousmane Dembele to Manchester United during the January transfer window.

Barcelona will reportedly prioritise the signing of Eric Garcia from Manchester City in January following the long-term injury suffered by Gerard Pique.

Barcelona legend was "tempted" to go to Arsenal

The former football agent of Barcelona superstar Lionel Messi, Fabian Soldini claims that the Arsenal transfer was very possible. Lionel Messi was “tempted to go to Arsenal” back in the summer of 2003 as the Gunners were expressing interest when luring Cesc Fabregas away from La Masia.

Arsenal could reportedly compete with the likes of Everton and West Ham United to sign Samuel Umtiti during this summer's transfer window.

Arsenal and Manchester United could be offered the chance to sign Samuel Umtiti for a knockdown price from Barcelona this summer.

Arsenal have reportedly pulled out of the race to sign Samuel Umtiti from Barcelona after learning of the defender's salary demands.

French defender Samuel Umtiti is keen to fight for his place with Barcelona despite the rumoured interest from the likes of Chelsea and Arsenal.

Chelsea and Arsenal have reportedly received a boost in signing Samuel Umtiti from Barcelona during the next transfer window.