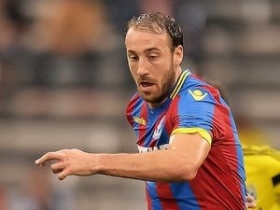 Brighton and Hove Albion have completed a transfer for striker Neal Maupay from Championship club Brentford. The highly rated attacker joins Brighton after rejecting the advances of Aston Villa and Swansea City, instead deciding to head to the South Coast to join the Premier League side.

Leicester City have approached Brighton and Hove Albion regarding a transfer move for impressive centre back Lewis Dunk. The player, who has been linked with a move to the Foxes as a potential replacement for Man Utd bound Harry Maguire, has 1 cap for England and is hopeful a transfer elsewhere will boost his own international prospects.

Manchester United coach has said that his side made too many mistakes in their 3-2 Premier League loss to Brighton and Hove Albion.

Arsenal's terrible week continued on Sunday when they were beaten in their Premier League clash with Brighton and Hove Albion, their fourth consecutive defeat in all competitions and leaving Champions League football next season looking ever more unlikely.

Chelsea manager Antonio Conte has been forced to make changes to his starting lineup versus Brighton & Hove Albion this afternoon.

Premier League newcomers Bournemouth has completed the signing of striker Glenn Murray from Crystal Palace for a reported fee of around &pound4m.

Premier League newcomers Norwich City have made a formal offer for Crystal Palace striker Glenn Murray, according to reports.

Premier League newcomers Bournemouth are expected to make an offer for striker Glenn Murray, who has been linked with a summer move away from Selhurst Park.

Crystal Palace are unlikely to allow striker Glenn Murray exit the club on loan, according to assistant manager Keith Millen.

Championship leaders Bournemouth are looking at the possibility of signing striker Glenn Murray from Crystal Palace on loan for the rest of the season.

The relegation dog fight: a prediction

At the start of every premier league season the inevitable talk moves onto not only who will win, but also the pundit’s choice to go down.

Norwich City striker Grant Holt is a target for Crystal Palace, according to the Daily Mirror. The signing of Ricky van Wolfswinkel by the Canaries ensures Holt's long term future at Carrow Road remains in some doubt.

Reading have won the Championship title and secured their path for a return to the Premier League. The Royals had drawn 2-2 with Crystal Palace, but Southampton's defeat to Middlesbrough later on in the day ensured that Reading would reach England's top flight with one game left to play.