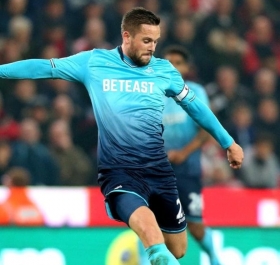 Everton are leading the race to sign James Rodriguez from Real Madrid, a report from The Telegraph claims.

Everton are likely to miss out on the signing of James Rodriguez with Juventus said to be in advanced negotiations with Real Madrid for the playmaker.

Everton are understood to have agreed on a fee in the region of £38m to secure the services of Alex Iwobi from Arsenal.

Chelsea manager Maurizio Sarri has said that the players may be suffering from a serious mental block after a 2-0 defeat to Everton in the Premier League on Sunday.

Everton and Turkey international striker Cenk Tosun has vowed to stay at Goodison Park and fight for his place in the first-team. The Toffees' recent good form has left Tosun out on the sidelines with the former Besiktas striker rumoured to be ready to return to his homeland in the January transfer window.

Former Arsenal and Manchester City star Samir Nasri could be headed back to the Premier League with Everton seemingly keen on securing his services.

Icelandic star Gylfi Sigurdsson has been included in his country's squad for the World Cup in Russia this summer. The Everton man had missed the final stages of the Toffees' Premier League campaign this season.