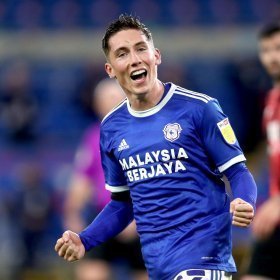 Liverpool are prepared to sanction the permanent exit of Harry Wilson during the summer transfer window.

Liverpool are reportedly planning an attempt to sign Raphinha from Leeds United during the summer transfer window.

Liverpool will attempt to offload both Xherdan Shaqiri and Harry Wilson when the international transfer window reopens in January.

Liverpool are reportedly close to securing the signature of Diogo Jota from Wolverhampton Wanderers.

Liverpool have approached Barcelona over a potential loan deal for Ousmane Dembele, a report from Sport claims.