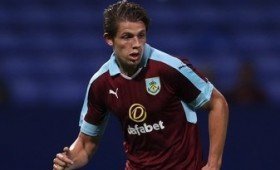 Tottenham transfer for Everton key man talked up amid demand to fix one position
... , James Tarkowski, Everton, October 2022 Credit: Alamy Darren Bent has tipped Tottenham to make a surprise swoop for a key Everton man amid ...
20/11 15:01

Conor Coady on his way to Everton

Conor Coady is reported to be a target for Everton, as the Premier League side seek to bolster their defence for the new season that started last weekend. According to journalist Fabrizio Romano, Everton have already agreed a fee with Wolverhampton Wanderers' captain, and Coady is set to travel to Liverpool to thrash out personal terms with the Goodison Park outfit on Tuesday.

Everton are to sign Wolverhampton Wanderers defender Ruben Vinagre in a transfer deal worth close to £9 million. The left-back, who has slipped down the pecking order at Molineux, has been told he is free to leave the side after a successful loan period at Sporting Lisbon.

Newcastle United have their sights on landing Lille centre-back Sven Botman during the winter transfer window.

Tottenham Hotspur are set to compete with Newcastle United to sign Burnley defender James Tarkowski at the turn of the year.