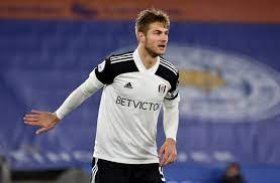 Arsenal and Tottenham Hotspur could compete for the signature of Lyon defender Joachim Andersen at the end of the season.

Manchester United and Tottenham Hotspur will need to pay at least £25m to sign Lyon centre-back Joachim Andersen this summer.

Arsenal have been linked with a transfer move for Denmark under-21 international defender Joachim Andersen. The 6 foot 4 centre-back, who currently plays in Serie A with Sampdoria, has been touted as one of Europe's best young defenders and could join the Gunners for a fee of around 48 million euros.

Manchester United have reportedly made up a list of defensive targets they are likely to pursue when the transfer window reopens at the end of the season.