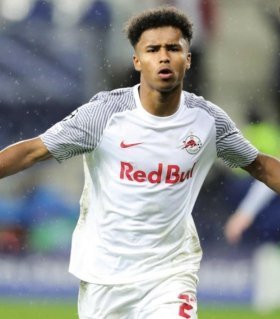 Chelsea striker Timo Werner is open to joining Borussia Dortmund amid his reduced game time with the Blues.

Arsenal are tracking Red Bull Salzburg youngster Karim Adeyemi, as the Gunners commence their search for a long-term replacement for Pierre-Emerick Aubameyang. With uncertainty over the future of attacking duo Eddie Nketiah and Alexandre Lacazette, the Emirates side will be forced to move quickly to snap up one of Europe's brightest young strikers.

German youth international Karim Adeyemi has told reporters that he wants to stay with his current club Red Bull Salzburg, despite reported interest from Premier League giants Chelsea. The 18-year-old highly rated striker has caught the eye with a number of impressive performances in the Austrian top flight.