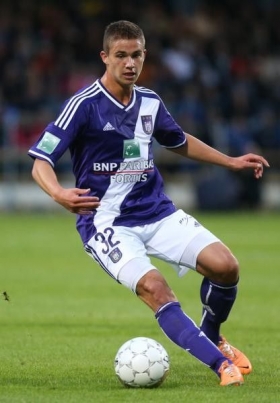 Wolves: Pete O’Rourke drops claim on Leander Dendoncker’s future
Futbol about Wolves’ transfer plans ahead of the final few weeks of the window. According to Fabrizio Romano in July, Everton and Frank
07/08 12:40

Juventus midfielder Sami Khedira is understood to favour a move to the Premier League this summer with both Arsenal and Wolverhampton Wanderers linked with his services.

Anderlecht sporting director Herman van Holsbeeck has revealed that the club would happily part ways with the services of midfielder Leander Dendoncker, should they receive an offer between £22.3m and £31.3m this summer.

Liverpool manager Jurgen Klopp is interested in the signing of Anderlecht defensive midfielder Leander Dendoncker. The Belgian international has been a regular for the Belgian side since 2013 and has recently forced his way into his country's first team.