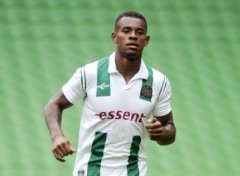 Aston Villa defender Leandro Bacuna has signed a new long-term deal to keep him at the club until the summer of 2020.

Aston Villa have officially completed a deal for full back Antonio Luna. The Spaniard has joined the Villans from Sevilla and signed a four year contract. The 22-year-old is very highly rated in his homeland and is seen as a major coup for Paul Lambert's team.

Aston Villa have completed the signing of Danish striker Nicklas Helenius from Aalborg BK. He became the fourth signing this summer for Paul Lambert.

Tottenham have sent scouts to watch FC Groningen winger Leandro Bacuna in action. The highly rated midfielder has been playing wtih Groningen since breaking into the youth team, and is valued at around 4.5 million EUR.