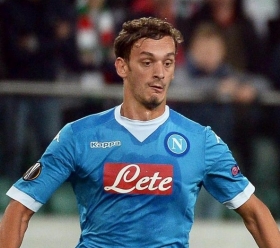 Crystal Palace are reportedly prepared to offer an escape route to Jay Rodriguez who has struggled to cement a regular starting role at Southampton.

Manchester United have won the EFL Cup today, in an action packed encounter at Wembley that saw the Red Devils beat Southampton 3-2. The victory sees United take their first piece of major silverware back to Old Trafford in the Jose Mourinho era.

Premier League side Southampton are reported to have agreed on a transfer sum to sign Napoli striker Manolo Gabbiadini. The Italy international was previously a target for both Everton and Leicester City.

West Bromwich Albion are reportedly planning a late swoop for Southampton striker Jay Rodriguez. The England international was on the Baggies radar in the summer before Claude Puel blocked the proposed move.

Southampton have entered into negotiations with Napoli over a possible move for Italian striker Manolo Gabbiadini.

Everton to return for Manolo Gabbiadini

Everton will reportedly revive their pursuit for Napoli striker Manolo Gabbiadini in the January transfer window. The Italy international was on the Toffees radar last summer.

Italian giants Napoli are weighing up a move for Jackson Martinez after Arek Milik sustained a long-term injury.