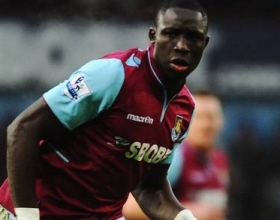 From Antonio Barreca to Mohamed Diame: EVERY player to leave Newcastle United last summer - and how they are faring
players to depart in the summer of 2019, whether that be on a permanent transfer, loan deal or allowing their contracts to expire....
10/02 11:54

According to reports from Daily Star, Newcastle United’s Mohamed Diame could be moving to Crystal Palace as his contract ends this summer. Diame’s situation is being closely monitored by Palace. His current deal is set to expire this summer, however a clause in his contract suggests a 12 month extension could be on the cards.

For once, everything feels good at Newcastle. Even from the outside looking in Newcastle seems a club at peace. The decision by Mike Ashley to install Rafa Benitez as manager towards the end of last season has had a enormous effect.

Sevilla are reportedly keen on securing the services of Hull City midfielder Mohamed Diame during the winter transfer window.

Gaston Ramirez will have a second chance at success in the Premier League after the Uruguayan international winger completed a loan switch to Hull City from Southampton.

Everton boss Roberto Martinez is understood to be keen on a reunion with former midfielder Mohamed Diame during this summer's transfer window.

West Ham United midfielder Mohamed Diame has admitted that he would like to have the opportunity to join Liverpool next season.

Fulham are rumoured to have tabled a double bid for West Ham United's midfield duo Mohamed Diame and Ravel Morrison. Diame has long been linked with a move away from Upton Park whilst Morrison has already attracted plenty of interest from other Premier League sides.

Lyon midfielder Maxime Gonalons has been linked with a move to Napoli. The talented star has been monitored by Arsene Wenger for over 6 months.

Tottenham have joined the race to sign West Ham midfielder Mohamed Diame. The former Wigan central midfielder has been linked with a move away all summer, and Premier League rivals Arsenal were believed to be favorites to secure his signature.

Wigan Athletic defensive midfielder Mohamed Diame sensationally revealed that he was very close to making a move to Liverpool, but Kenny Dalglish's firing cost him a dream move.

Wigan midfielder Mohamed Diame looks set to quit the Latics in favour of a move to Spain, as Real Betis have reportedly made an offer for the Senegalese international.