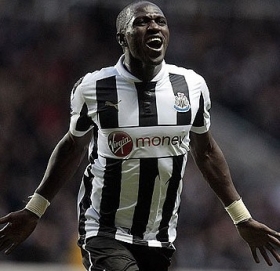 Liverpool: Mohamed Sissoko's reaction to fans praising him was heartwarming
a popular figure. Back in 2019, some 11 years after he left Anfield, Liverpool supporters were asked to give their thoughts about Sissoko.
21/01 15:28

Former Portsmouth midfielder Sulley Muntari has been linked with a possible switch to West Bromwich Albion. The Ghanaian footballer is out-of-contract after his release from Saudi-based club Al Ittihad.

For once, everything feels good at Newcastle. Even from the outside looking in Newcastle seems a club at peace. The decision by Mike Ashley to install Rafa Benitez as manager towards the end of last season has had a enormous effect.

Former Liverpool midfielder has hinted that he would like to sign for the French giants AS Monaco.

Reading manager Nigel Adkins has revealed that negotiations with former Paris St Germain midfielder Mohamed Sissoko has come to a stall and they have decided to drop their interest.

Barcelona are looking to tempt Mohamed Sissoko into a shock deal from Juventus after the World Cup in June, according to reports. It is believed that Barca are prepared to pay £10 million to land the Mali international.

Juventus missed out on the chance to move within a point of leaders Internazionale and Lazio after losing 1-2 to Palermo at the Stadio delle Alpi in Serie A.

Hasan Salhiamidzic was the hero for Juventus as he grabbed two goals to see off ten man AC Milan in Serie A on Saturday. Sahliamidzic's goals cancelled out Filippo Inzaghi's brace, and Daniele Bonera had been sent off for the San Siro outfit.

Liverpool expect to seal the services of Javier Mascherano on a permenant deal.

Sissoko off to Juve

Liverpool midfielder Mohamed Sissoko has been transferred to Juventus for a fee believed to be £8.2m.

Juventus manager Claudio Ranieri has admitted his club need to make more signings if they are to keep up the pace with league leaders Inter Milan and second place Roma.