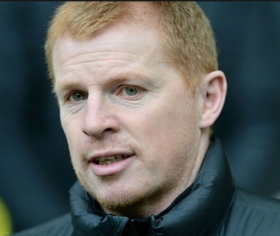 Kyle Joseph transfer latest as Celtic and Rangers linked striker urged to stay at Wigan
and Rangers are among the teams who have been looking with him. Tottenham are also linked with him but Steven Gerrard and Neil Lennon can
19/01 19:50

Celtic manager Neil Lennon has revealed that the club are still waiting to hear back from Arsenal regarding a transfer for left-sided defender Kieran Tierney, who has been linked with a move to the North London club for a fee of £24 million. The Scotsman is comfortable playing on the left or centre of defence.

Celtic head coach Neil Lennon has acknowledged that the Hoops have turned down a fresh approach from Arsenal to secure the signature of Kieran Tierney this summer.

Arsenal are reportedly closing to securing the signature of Celtic defender Kieran Tierney after making a second bid of £20m plus add-ons.

Celtic boss Neil Lennon has acknowledged that Arsenal are interested in signing Kieran Tierney, although they are yet to meet the asking price for the Scotland international.

West Bromwich Albion have successfully secured the services of Greece international Georgios Samaras, according to the club's official website.

Celtic are reportedly interested in landing the signature of Manchester United forward Nick Powell in the summer transfer window.

Celtic manager Neil Lennon admits that he is flattered to have been linked with the Norwich City job, but is focused on his current role in Scotland and wished Chris Hughton well.

Celtic manager Neil Lennon feels that Scott Brown should not have been awarded a red card following the club's 1-0 defeat at home to Barcelona in the Champions League on Tuesday night.

Celtic desperate to add to their squad

Scottish giants Celtic have had an offer for Peterborough striker Lee Tomlin turned down as they mull over a loan offer for Manchester United young full back Alexander Buttner ahead of the transfer deadline.

Scottish side Celtic are reportedly eyeing a move for Hull City winger Cameron Stewart, according to The Express.

Stewart has been informed that he would be allowed a switch away from the KC Stadium before the end of the summer transfer window by the Tigers boss Steve Bruce.

Championship side Nottingham Forest have successfully completed the signing of Celtic defender Kelvin Wilson for an undisclosed fee.

Premier League sides West Brom and Crystal Palace are reportedly eyeing up a move to sign Celtic defender Efe Ambrose, according to the Mirror. The highly-rated Nigerian International had a great season with Scottish champions Celtic which has led to interest evolving in the player this summer, as he earned an International call-up in the process.

Neil Lennon is hoping to wrap up a deal to sign Sunderland's winger James McClean this summer. According to reports from Scotland, Celtic are the favourites to secure the Ireland international's signature.

Norwich City have completed the signing of former Celtic striker Gary Hooper for an undisclosed fee.