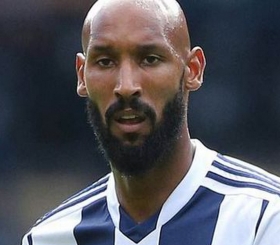 Graeme Souness wanted Nicolas Anelka but got Michael Owen, as legend reveals Newcastle job ‘put me off being a manager’ after clash with Freddy Shepherd
Graeme Souness has told talkSPORT his experience at Newcastle United was enough to put him off management for life. The 69-year-old legend,
08/08 15:00

Former Chelsea star Nicolas Anelka believes the Blues have a good chance of winning the Premier League title after the summer investment.

AS Monaco striker Kylian Mbappe could reportedly favour a switch to Arsenal, should he part ways with the Principality outfit this summer.

Nicolas Anelka will ply his trade in the Indian Super League with Mumbai City FC as player-manager next season.

Former Arsenal and Chelsea striker Nicolas Anelkas has agreed on a short-term move to Indian League side Mumbai FC.

Serie A club Lazio interested in landing the signature of Nicolas Anelka from West Bromwich Albion on a six-month deal during the winter transfer window.

West Brom manager Steve Clarke has given his backing to misfiring striker Nicolas Anelka, despite the Frenchman yet to hit the back of the net since arriving at the Hawthorns. Anelka missed a glorious chance to put Albion 2-0 up against Arsenal on Sunday evening.

West Bromwich boss Steve Clarke has expressed satisfaction on having wrapped up deals for Stephane Sessegnon, Victor Anichebe and Morgan Amalfitano on the deadline day.