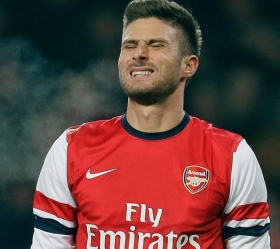 Chelsea are scheduled to host Manchester City in the Premier League tomorrow. The Blues will be aiming to end a two-match winless streak such that they can jump into the top four.

Chelsea manager Frank Lampard has said that the Blues should have come up with the victory during their Premier League clash against Tottenham Hotspur.

Chelsea are reportedly interested in signing Napoli striker Dries Mertens, who is set to become a free agent this summer, according to Football London.

Chelsea manager Frank Lampard has said that Christian Pulisic could be an option to lead the line for the Blues in the absence of Tammy Abraham with a hip problem.

Five things we learned from Liverpool vs Arsenal

Liverpool piled more misery on Arsenal. Goals from Sadio Mane, Roberto Firmino, Danny Sturridge and Mohamed Salah ensured the Reds marched past Arsenal in an emphatic manner. The Anfield side are still unbeaten this season whereas Arsenal succumbed to their second successive defeat of the season albeit in a humiliating fashion, a result that has seen them drop to 16th in league table, nevertheless. It was an entertaining game at Anfield, and this is what we learnt.

Arsenal boss Arsene Wenger has revealed that he is eager to prolong Oliver Giroud's stay at the Emirates. The France international has 18 months on his existing contract.

Arsenal striker Oliver Giroud is apparently attracting interest from Bundesliga side Wolfsburg. The France international has had a tough period in the Premier League, and this has equally contributed to the Gunners' failure to attain the championship.

Nearing the business end of the season, the past game week held great importance in the overall context of the Barclays Premier League. Some pretty interesting results saw the League standings affect all teams either for the good or for the bad. Arsenal showed good character to draw at the White Hart Lane while Leicester continued their merry run towards their title charge which is now just nine matches away. At the bottom Newcastle and Norwich both struggled while Aston Villa are now all but in the Championship for the next season. Here’s a look back at all the major talking points from match week 29 of the Barclays Premier League:

Arsenal manager Arsene Wenger has given his full support to striker Oliver Giroud following his dismal performance for France earlier this week.

Arsenal manager Arsene Wenger has insisted that the club have not made any kind of bid for Real Madrid striker Karim Benzema.

Arsenal have identified Bournemouth's Callum Wilson as a surprise target for the summer.

Arsenal will look to bolster their striking department this summer, The Star reports.

Arsenal are planning a summer move for AC Milan striker Stephan El Shaarawy, according to a report.

Arsenal back in for Mandzukic?

Arsenal could renew their interest in Atletico Madrid striker Mario Mandzukic in the summer, according to a report.

Arsenal's out-of-favour striker Lukas Podolski has insisted that he could be forced to leave the Emirates in the New Year.

Arsenal manager Arsene Wenger has admitted that he does not give importance to rumours linking striker Lukas Podolski with a January exit from the club.

French international Olivier Giroud is unlikely to feature for Arsenal in their remaining Champions League group stage encounters having been left out of original squad list.