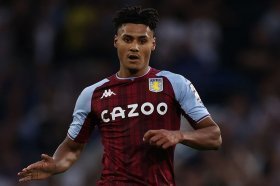 Aston Villa are reportedly readying a move for Liverpool striker Roberto Firmino. The out of favour Brazilian, who is currently unable to force his way into Liverpool's starting XI on a regular basis, is reportedly ready to leave Anfield in search of first-team football.

Arsenal have no plans of recruiting a new centre-forward during the January transfer window, Goal.com claims.

Arsenal have identified Dominic Calvert-Lewin as their top striker target for next summer, football.london claims.

Arsenal are interested in signing one of Ollie Watkins or Dominic Calvert-Lewin to replace Alexandre Lacazette next summer.

Liverpool are reportedly favourites to land the signature of PSV Eindhoven forward Donyell Malen this summer.

Liverpool are reportedly interested in landing the signature of Aston Villa striker Ollie Watkins during the summer transfer window.