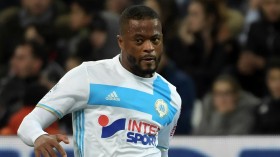 Gabriel Martinelli explains why he chose Arsenal over Man Utd

Brazilian forward Gabriel Martinelli has spoken to the media regarding why he chose to join Arsenal as opposed to Man Utd, despite the player's former Brazilian club having a partnership with the Old Trafford side. Martinelli has performed well since returning to the North London club after a long-term injury.

Arsenal captain Granit Xhaka has slammed Man Utd legend Patrice Evra for comments made in the press about the Gunners. Evra labelled Arsenal as "babies" after their surprise 1-0 defeat to Sheffield United on Monday night.

Former Manchester United star Patrice Evra has said that Paul Pogba could part ways with the Red Devils this summer amid the recent criticism towards his performances.

Manchester United will in a year from now go for Celtic defender Kieran Tierney, according to Mirror Football.

Former Manchester United star Patrice Evra has sealed his return to the Premier League with West Ham United. The 36-year-old has joined the Hammers on a short-term contract until the end of the season.

Patrice Evra on the cusp of Premier League return

West Ham United are looking into a surprise move to sign former Manchester United left-back Patrice Evra this month. The Frenchman is a free-agent after he was released by Marseille due to disciplinary reasons.

Former Manchester United Patrice Evra is reportedly against a potential move back to England following his release from Marseille earlier in the season.

French club Marseille are looking to add a couple of experienced faces to their squad with a move for former Arsenal and Manchester City defender Bacary Sagna.

Manchester United have reportedly rewarded midfielder Michael Carrick with a year's extension following his impressive showing during the 2016/17 season.

French club Marseille will seek to secure the services of Leicester City's Riyad Mahrez when the transfer reopens in the summer.

Arsenal standing captain Laurent Koscielny has been linked with a surprise move away from the Emirates in the summer.

Former Manchester United full-back Patrice Evra has admitted that he was close to a winter return to Old Trafford. The France international eventually opted to join Marseille on a free after he was denied from making his comeback.

Ex-Man Utd ace to decide on his future

Juventus full-back Patrice Evra is expected to make a decision in the next 24 hours amid interest from the likes of Marseille, Crystal Palace, Lyon and Valencia.

Crystal Palace manager Sam Allardyce has confirmed that his side have finalized a transfer fee to sign Arsenal's Carl Jenkinson this month.

Juventus manager Massimiliano Allegri has revealed that experienced full-back Patrice Evra has yet to decide on his next move. The former Manchester United ace has been linked with a potential switch to Crystal Palace this month.