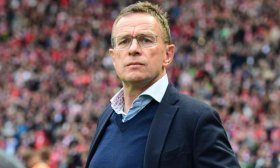 Nottingham Forest are set to shock West Ham as the City Ground side are set to seal a move for Jesse Lingard on a free transfer. Lingard, who was released by Man Utd after his contract expired in July, had been expected to return to the London Stadium once more, after an impressive loan spell at the club two season ago.

Jesse Lingard's return to West Ham looks closer to completion, after representatives of the midfielder were pictured meeting with the club. Lingard, who is available on a free after his contract with Man Utd expired, is ready to return to the Hammers after 12 months; Lingard had scored 9 goals and registered five assists during an impressive loan spell two seasons ago.

Two Man Utd defenders to be sold this summer

Manchester United have decided to part ways with Aaron Wan-Bissaka and Brandon Williams as they don't feature in the plans of manager Erik ten Hag.

The agent of Diogo Dalot has said that the defender is very happy with the proceedings at Manchester United.

Manchester United striker Edinson Cavani will be leaving the club when his contract expires on June 30.