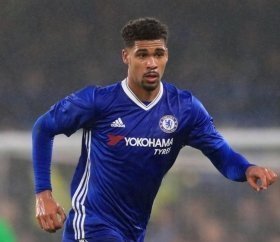 Everton could complete their midfield with Ruben Loftus-Cheek
... the Premier League , the 26-year-old has been forced to play as an unorthodox wingback with varied success. Should he move to Goodison Park ...
24/11 08:16

Chelsea midfielder Ruben Loftus-Cheek has admitted that he was surprised by Casemiro's headed equaliser for Manchester United.