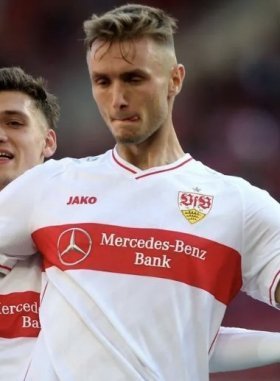 Soccer-Wolves dismiss coach Lage with club in relegation zone
... on a free transfer after injuries to Sasa Kalajdzic and Raul Jimenez. However, their only win this season came against Southampton - a 1-0 ...
02/10 17:46

Wolverhampton Wanderers have confirmed the signing of former Chelsea star Diego Costa on a free transfer.

Manchester United have held talks with Atletico Madrid over the potential transfer of Alvaro Morata, according to The Athletic.

Stuttgart striker Sasa Kalajdzic is reportedly keen on making the switch to Manchester United this summer.

Manchester United have their sights on landing three more players before the transfer window concludes on September 1.

Austrian striker Sasa Kalajdzic looks set for a move to Premier League side Everton, after the 6 foot 7 striker apparently boarded a private jet for England to discuss personal terms. Man Utd and Chelsea have also been linked with the VfB Stuttgart man, but it is Everton who are likely to seal a deal for the 25-year-old.

Manchester United are prepared to make an approach for Stuttgart striker Sasa Kalajdzic, according to The Daily Mail.