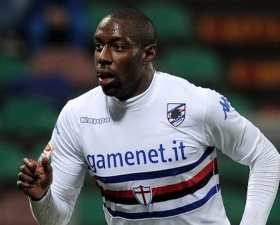 Watford will not be pursuing a summer deal for Leicester City striker Islam Slimani following the club-record signing of Andre Gray last week.

Following the non-stop Premier League opener on Friday night, Liverpool travelled to Vicarage Road for Jurgen Klopp's 100th game in charge of the club. Marco Silva took charge of his first Premier League game at Watford, in a match that provided more goals and entertainment.

Chelsea confirmed their title of Premier League Champions on Friday night, and they were back in action again on Monday. Already in high spirits, the Stamford Bridge crowd were treated to a seven goal spectacle against Watford.

Southampton manager Ronald Koeman is to make contact with Sampdoria for their striker Stefano Okaka. The player, who has 1 cap for Italy, will be allowed to leave for a fee of around 7.9 million euros.

Fulham have landed Stefano Okaka from Roma. The deal comes as a six month loan package, but with the option of a further one year on top. It is believed the deal could be worth £2 million to Roma.