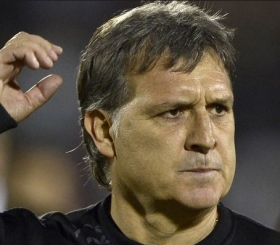 Villareal centre-back Mateo Musacchio is reportedly a top target for Barcelona ahead of this summer's transfer window. The Spaniard has been in sublime form for his club this season, and this has played a crucial role in their Champions League qualification.

Barcelona have confirmed that their Dutch midfielder Ibrahim Afellay has joined Superleague Greece club Olympiacos on a season-long loan yesterday.

Manager Gerardo Martino has left Barcelona by mutual consent after watching his side fail to win the La Liga title on the final day in a 1-1 draw with title winning Atletico Madrid.

Barcelona coach Tata Martino has come out and said that the club must replace the departing captain Carles Puyol.

Tottenham Hotspur are planning to sign Dutch forward Ibrahim Afellay on a temporary basis until the end of the season, according to The Metro.

Manchester United manager David Moyes is understood to be keen on a re-shuffle at the back in the summer.