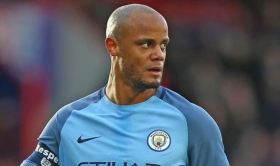 Napoli are open to parting ways with Kalidou Koulibaly this summer amid the reported interest from Manchester City and Manchester United.

Man Utd and Man City will go head to head to secure the signing of 22-year-old defender Ruben Dias from Benfica in the January transfer window, with the Manchester both keen to add strength to their defence. The 6 foot 1 defender, who has been a first-team regular since 2017 at the Portuguese side, has also appeared 13 times for his country.

Manchester City are still looking into a move for Bournemouth defender Nathan Ake as they seek to strengthen the heart of the backline.