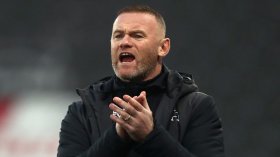 ‘I’ll let you into a secret’: Sky pundit shares what Wayne Rooney told him about Everton job
... , Marcelo Bielsa, and former Burnley coach, Sean Dyche, are the main men in the running. In regards to Rooney, Liverpool-born Lowe shared a ...
26/01 10:30

Major League Soccer side D.C. United are reportedly leading the race to sign midfielder Mesut Ozil from Arsenal next month.

Arsenal midfielder Mesut Ozil could reportedly head through the exit door in the New Year amid his struggles to break into the matchday squad under Unai Emery.

Ruben Gabrielsen had some choice words to describe a rising star in the Norwegian football scene - Erling Braut Haaland. A young forward that continues to take football by storm.

The representatives of Arsenal midfielder Mesut Ozil are reported to have opened discussions with MLS club DC United regarding a potential transfer at the turn of the year.

Former England international captain Wayne Rooney has pulled the plug on a potential move back to the Premier League in the January transfer window, insisting that he is committed to the MLS and to his current club DC United. Rooney has been linked with a short-term loan deal to join either Southampton or his former club Everton.

Everton are looking to land Chelsea duo of Ruben Loftus-Cheek and Michy Batshuayi, according to Mirror football.