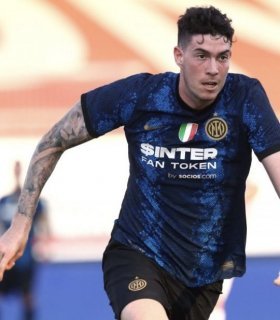 Manchester United and Tottenham Hotspur have been handed a blow in signing Alessandro Bastoni during this summer's transfer window.

Romelu Lukaku's situation at Chelsea seems to be very complicated as the Blues are open to swap the Belgian for one of three Inter Milan players.

Man Utd to swoop for Serie A defender

Alessandro Bastoni has emerged as Tottenham Hotspur's primary summer transfer target, with the Italian ball playing centre-back seen as the future of Spurs' defence. Currently playing for Inter Milan, after a mixed season with the club, it is understood that the full Italy international, who currently has 11 caps to his name, is ready to move to England to link up with Antonio Conte.