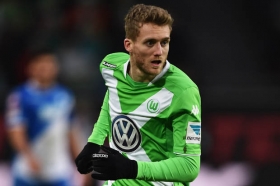 Where are they now? Granovskaia’s first 10 signings as Chelsea director
Monaco in 2019. His Chelsea debut also saw one of the great Premier League assists. Cesc Fabregas on Andre Schurrle’s goal Burnley in 2014:
27/11 08:31

Borussia Dortmund are to allow German international attacker Andre Schurrle to leave on loan for yet another season, with the player moving to Russian side Spartak Moscow. Schurrle had an unsuccessful loan campaign in the Premier League last year, being a part of Fulham's unfortunate relegation campaign.

Fulham are ready to make a loan transfer move for Man Utd forward Tahith Chong once the summer window reopens and are confident that they can agree on a contract with the Old Trafford side. The Cottagers, who look set to be relegated to the Championship after just one season in the Premier League, are already planning for life in the English second flight.

Fulham are to make a move for German midfielder Philipp Ochs during the January transfer window. The winger, who currently plays on loan with Danish club AaB, looks set to return to his parent club Hoffenheim in January in order to complete a permanent transfer to Premier League side Fulham in January.

Ambitious Fulham have completed a handful of transfers on transfer deadline day, indicating that the club are investing heavily to ensure their survival in the Premier League this season. The Cottagers have spent a reported £120 million this summer to ensure the club's status in the top flight.

Serbian striker on the cusp of Fulham transfer

Aleksandar Mitrovic is reportedly close to sealing his move to Fulham after being offered permission by Newcastle United to travel to the English capital.

Fulham have announced the signing of German attacker Andre Schurrle from Borussia Dortmund on a two-year loan deal.

Former Chelsea player Andre Schurrle is closing in on a loan move to Premier League side Fulham, according to the Evening Standard.

West Ham United are believed to have made a bid for former Chelsea attacker Andre Schurrle. The Borussia Dortmund forward is understood to be willing to make a surprise return to the Premier League.

Liverpool have made a formal approach for Newcastle United attacker Moussa Sissoko. The Reds have already recruited Georginio Wijnaldum from the Magpies this summer.

Borussia Dortmund have completed the signing of former Chelsea forward Andre Schurrle. The German has inked a five-year contract with the Bundesliga outfit.

Tottenham Hotspur and Liverpool target Andre Schurrle has hinted that he could leave Wolfsburg during the summer transfer window. The German international has had a tough time at the Bundesliga outfit this season.

Tottenham, Liverpool in battle for Schurrle

Former Chelsea forward Andre Schurrle could be set for Premier League return in the summer. The German international has attracted interest from the likes of Tottenham Hotspur and Liverpool.

Tottenham Hotspur are mulling over a summer move for former Chelsea forward Andre Schurrle. The German international joined Wolfsburg from the Blues last year after he fell-out-favour under former boss Jose Mourinho.

Chelsea to move for Enner Valencia?

Chelsea will make a move for West Ham United striker Enner Valencia when the transfer window reopens in the summer.

Wolfsburg winger Kevin De Bruyne has been linked with a shock return to Chelsea. The Belgium international left Stamford Bridge for the Bundesliga at the beginning of the season.

Belgian midfielder Kevin De Bruyne will sign a new contract at Bundesliga side Wolfsburg. The former Chelsea man has impressed since his move to Germany.

German international Andre Schurrle has signed for Wolfsburg from Chelsea for a fee of around £22m.

Chelsea have successfully completed the signing of Juan Cuadrado for an initial fee of £23.3m.