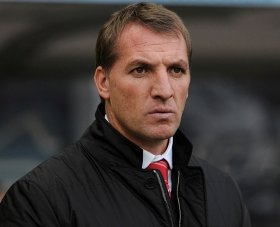 Giorgos Giakoumakis & Josip Juranovic Celtic contract rows worry as Ange Postecoglou might leave like Brendan Rodgers
... in the knockout stages of the World Cup and could easily play in the English Premier League or any one of Europe's top divisions. And the ...
06/12 07:28

Arsenal are prepared to beat Barcelona in the pursuit of Leicester City midfielder Youri Tielemans, according to Mundo Deportivo.

Numerous outlets are reporting that Leicester City will complete a transfer deadline day move for Brazilian full-back Marcelo, with the Real Madrid legend signing a one year contract at the Foxes. Marcelo has been a free agent since the summer, and has admitted that he dreams of one last chance to play in the Premier League.

Boubakary Soumaré will leave the King Power Stadium this summer after an offer was accepted by the Foxes for the player. Monaco have tabled a 24 million euro offer for the midfielder, and Brendan Rodgers has confirmed that the France under-21 international will be allowed to leave after just one season at the club.

Leicester City will complete a transfer for goalkeeper Alex Smithies this afternoon, with the 32-year-old signing a three year deal at the King Power Stadium. Smithies has been with Cardiff City since 2018 and has played 90 times, and will play as a backup keeper for Brendan Rodgers' side.

In a surprise turn of events, Kasper Schmeichel is set for a transfer away from Leicester City. The Danish international goalkeeper will move to Nice in Ligue 1 after a successful spell with the Foxes that brought Premier League and FA Cup success.

Manchester United have been handed a big boost with Jamie Vardy ruled out for the weekend's Premier League meeting.

Manchester United have suffered a fresh injury blow ahead of their Premier League meeting against Leicester City on Saturday.