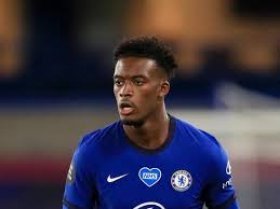 Chelsea are reportedly planning to swap one of three players to sign AC Milan star Rafael Leao next year.

Chelsea attacker Callum Hudson-Odoi has said that he has no control over his future when the transfer window reopens.

Chelsea attacker Callum Hudson-Odoi is on the verge of joining Bayer Leverkusen on a season-long loan deal.

Bayer Leverkusen are aiming to sign Callum Hudson-Odoi on loan with an obligation to buy at the end of the campaign, Sport1 claim.

Chelsea attacker Callum Hudson-Odoi will spend a season on loan in Germany, after Bayer Leverkusen agreed a 500,000 euro transfer loan fee for the England starlet. It is understood that Hudson-Odoi has been impressed with the way other English youngsters have improved in the Bundesliga, and believes a move away will help his own career progress.

Italian midfielder Nicolo Zaniolo remains a target for Chelsea this transfer window, and reports today from Rome indicate that the midfielder, currently coached by Jose Mourinho, is ready to make the move to the Premier League. Today reports have also linked a potential swap deal involving Christian Pulisic to Roma, with Zaniolo moving the other way.

Callum Hudson-Odoi has admitted that he wants to leave Stamford Bridge, and a surprise transfer to German giants Borussia Dortmund could be firmly on the radar after the Bundesliga side revealed that they have approached Chelsea regarding a loan move for the player. Hudson-Odoi has slipped down the pecking order at the Blues, and has told the club's senior leadership that he wants a move away.