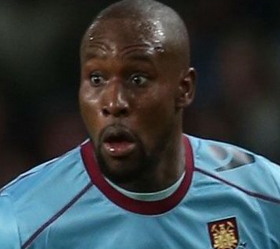 Carlton Cole hits back after former Chelsea striker criticised for West Ham win reaction
ahead of Chelsea transfer Chelsea midfielder set to leave despite new contract due to lack of chances under ...
03/07 13:22

Brendan Rodgers completed his first signing as Celtic manager yesterday with the arrival of highly rated French under 20 striker Moussa Dembele from Fulham on a 4 year deal.

New Sunderland boss Sam Allardyce is expected to go on a January spending spree in the quest to improve the club's performances.

Celtic goalkeeper Craig Gordon has admitted that Carlton Cole should earn a contract at the club having had impressive training sessions with the first-team.

Carlton Cole on trial with Celtic

Newly promoted Premier League side AFC Bournemouth are to speak to striker Carlton Cole regarding a move. The player is currently available on a free transfer.

Carlton Cole is on the cusp of a loan transfer move to West Brom.West Ham have told the striker that he is surplus to requirements.

Inter Milan striker Diego Milito has reportedly rebuffed an offer to join West Ham United in the January transfer window, as he is eager on a return to his hometown club Racing.

West Ham in talks with Carlton Cole over contract extension

West Ham United manager Sam Allardyce is reportedly keen on extending the contract of striker Carlton Cole, according to talkSPORT.

Queens Park Rangers' manager Harry Redknapp is confident that a deal can be wrapped up with West Ham striker Carlton Cole. The forward has already told his agent that he is not sure if he will remain at Upton Park after his contract expires at the end of January.

West Ham's striker Carlton Cole hopes that his goal against Fulham at the weekend will help him in his hunt for a new contract at Upton Park. The striker is on a short term deal at Sam Allardyce's club.

French Ligue 1 outfit Saint-Etienne are set to acquire the services of West Ham forward Modibo Maiga for a transfer fee of £1.5m when the transfer window re-opens in January.

Carlton Cole has rejoined West Ham United on a three-month contract, following his immense work to regain full fitness in the past few weeks.

West Ham have been sufficiently impressed with the fitness of free agent Carlton Cole and will offer the forward a brand new one year contract at Upton Park. Cole had been released at the end of last season by the Hammers.

West Ham United are reportedly considering the signing of Romanian International Ciprian Marica on a free transfer as their search for a new striker continues.

The former Schalke 04 striker was released from the Bundesliga outfit last season and was reportedly linked with a move to Arsenal earlier this summer.

Former Hammers striker Carlton Cole has failed to seal an imminent return to West Ham United due to failure to pass a medical test.

The 29-year-old English forward was inching closer to the signing of a short-term deal with the London outfit, who released him from his contract at the conclusion of last season.

The Hammers manager Sam Allardyce had stated earlier this week that Carlton Cole would have a medical ahead of his switch to the club, but it is understood that Cole failed to pass the medical fitness test, as per London 24.

Cole spent the last seven years with the Premier League outfit before his release.

Tottenham could make a surprise move for former West Ham forward Carlton Cole. The player reportedly took part in a game for Spurs this week behind closed doors.