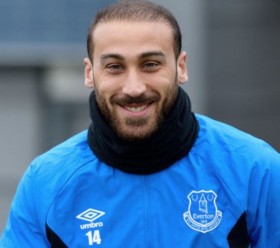 Misfit midfielder Dele Alli is on the verge of leaving Everton with Turkish side Besiktas his likely next destination. The 26-year-old, who scored 51 Premier League goals in 181 games for Tottenham between 2015 and 2022, arrived at Everton last year on a free transfer.

Everton have reportedly cooled their interest in signing Josh King from Bournemouth due to the excessive wage demands.

Everton are reportedly mulling over a potential move for Brentford striker Ivan Toney.

Premier League side Everton have deployed scouts to monitor the progress of 19-year-old striker Josh Sargent, who currently plays for Bundesliga side Werder Bremen. The 6 foot 1 forward has appeared in 12 games for the US National Team and has a healthy return of five goals.