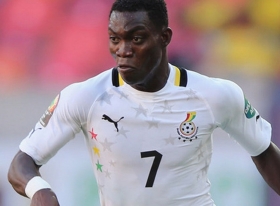 'Whatever is offered' - Nottingham Forest could land transfer target in cut price January deal
and views direct to your inbox Newcastle United winger Christian Atsu is set to be available in a cut price January transfer window deal as
28/11 16:30

Newcastle United have made a bid to sign Burnley's out-of-favour forward Ashley Barnes. The 27-year-old is wanted by Rafa Benitez, who has been frustrated on the transfer market this summer and hopes to bring in at least three new players before the transfer window closes.

Newcastle United has completed their fifth signing of the summer ahead of their return to the Premier League by agreeing a loan move for Borussia Dortmund midfielder Mikel Merino.

Championship club Reading will lodge an attempt to sign Newcastle United goalkeeper Karl Darlow as they seek to push for promotion next season. The Royals missed out on their top-flight return by virtue of a penalty shoot-out loss to Huddersfield Town in the play-off final.

Florian Lejeune has secured his move to Newcastle United on a five-year contract. The 26-year-old joins the Magpies following an impressive with Eibar, who finished 10th in the Spanish La Liga.

According to the Daily Mirror, Newcastle United are set to complete the signing of Benfica and Greece international midfielder Andreas Samaris on a long-term deal next week. Samaris is expected to pen a five-year contract at St. James' Park in a deal worth a reported 20 million euros.

Newcastle manager Rafael Benitez has identified Manchester City midfielder Fabian Delph as the ideal player to raise the standard of his squad in the Magpies return to the Premier League.

Rafael Benitez is interested in bringing Manchester City's Eliaquim Mangala to St. James' Park to bolster his defence ahead of the club's return to the top flight.

West Brom and Newcastle to battle for William Carvalho

Sporting Lisbon's William Carvalho was initially poised to join West Brom but Newcastle have entered the picture by registering their interest in the player.

Rafa Benitez is keen to bring another winger to the club for Newcastle's return to the Premier League, and the door has opened up to bring Townsend back to the club following Sam Allardyce's resignation from Crystal Palace.

After a successful loan spell, The Guardian has reported that the two clubs have agreed to a fee of £6 million to make the loan switch a permanent one

Newcastle United have announced their first signing since winning promotion back to the Premier League, with Christian Atsu joining from Chelsea after a successful loan spell.

Newcastle back in the Premier League

After a season in the Championship, Newcastle United knew that victory over Preston North End on Monday night would see them promoted back to the top division of English football.

Newcastle United are expected to announce the arrival of Ghanaian forward Christian Atsu on an initial loan deal. The 24-year-old has failed to make a mark at Chelsea since joining from Porto in 2013.

Chelsea winger Christian Atsu has joined Spanish side Malaga on loan for the remainder of the season.

Chelsea defender off to Middlesbrough on loan

Chelsea defender Nathan Ake will spend next season on loan at Championship side Middlesbrough.

Sunderland could secure the services of Chelsea forward Christian Atsu on a temporary basis in January.

Chelsea manager Jose Mourinho is said to be furious that Christian Atsu has yet to receive much of a chance in Everton's first team. The winger is currently on loan at Goodison Park.

Everton manager Roberto Martinez admitted that he may look to buy a new player before the transfer window shuts, but for the time being the Spaniard is more than happy with his current squad.