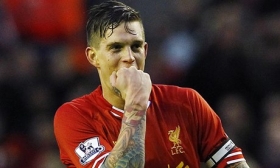 Denmark’s national coach Morten Olsen believes Liverpool’s decision of letting defender Daniel Agger leave was not the right one, and insists that the Premier League side will regret this.

Liverpool defender Daniel Agger will sign for his former club Brondby next week. The Danish international defender has found his first team opportunities limited after the arrival of Martin Skrtel.

Sebastian Coates a target for Sunderland

Atletico Madrid have made a bid for Liverpool defender Daniel Agger. The Danish defender is currently very much in demand and linked with an Anfield exit.

Liverpool defender Daniel Agger is increasingly eager to leave the club before the conclusion of summer transfer window.

Atletico Madrid are apparently keen on sealing a deal for Liverpool defender Daniel Agger this summer, according to The Sun.

Liverpool manager Brendan Rodgers has refuted suggestions that Daniel Agger will be leaving Anfield and confirmed that no bids have been made for the Danish centre back.

Liverpool centre back Tiago Ilori to join Bordeaux on loan

Tiago Ilori will spend next season on loan at French Ligue 1 side Bordeaux. The Portuguese defender is considered a bright prospect for the future at Liverpool but requires first team exposure.

Defender Daniel Agger has asked Liverpool for a transfer. It is understood that the Danish international wants a move to Barcelona, who are seeking a long term replacement for Thomas Vermaelen.

Arsenal target and Liverpool defender Daniel Agger has reportedly revealed of his desire to leave Anfield this summer, according to The Mirror.

Liverpool are reportedly open to making a move for Arsenal defender and Manchester United target Thomas Vermaelen this summer, according to The Express.

Having missed out on the signing of Thomas Vermaelen from Tottenham, Barcelona manager Luis Enrique has made Daniel Agger his number one transfer priority to fill the void left by the retired Carles Puyol.

Liverpool are ready to plunder relegated Cardiff City's squad and sign talented centre back Steven Caulker this summer. The Anfield side are apparently ready to sell Kolo Toure and bring in some new blood to join the likes of Martin Skrtel and Daniel Agger amongst Brendan Rodgers' defensive options.

AC Milan are reportedly keen on securing the services of defender Kolo Toure from Liverpool during the summer transfer window.

Barcelona to bid for Daniel Agger?

Barcelona want Liverpool centre back Daniel Agger to replace Carles Puyol, who will retire from the Catalan side this summer.Agger has enjoyed a successful season at Anfield but the 29-year-old has dreams of playing for Barca.