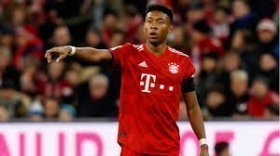 Real Madrid are planning to enter the race to sign Sevilla defender Jules Kounde, according to El Nacional.

Real Madrid have earmarked Antonio Rudiger as one of their top transfer targets, according to Marca.

Real Madrid are planning a pre-contract offer for Antonio Rudiger who has been reluctant to sign a new Chelsea deal.

Chelsea to sign German defender on a free transfer?

Chelsea and Manchester City are among the clubs interested in signing RB Leipzig attacker Christopher Nkunku.

Chelsea centre-back Antonio Rudiger has his sights on leaving the Blues amid the lack of resolution in contract talks.

Chelsea have been handed a blow in signing Bayern Munich defender Niklas Sule this summer.

Manchester United are prepared to pay around £40m to land the signature of Raphael Varane from Real Madrid this summer.