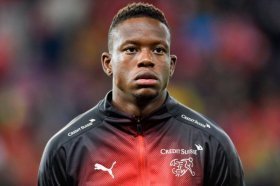 Chelsea have decided against signing Denis Zakaria on a permanent basis next summer, according to Standard Sport.

Chelsea are reportedly planning an approach for West Ham United midfielder Declan Rice at the end of the season.

Chelsea attacker Hakim Ziyech is determined to join AC Milan in January, having missed out on a move last summer.

Denis Zakaria to return to Juventus?

Chelsea midfielder Denis Zakaria could reportedly return to his parent club Juventus at the beginning of the year.

Chelsea have identified multiple midfield targets ahead of the winter transfer window, according to Simon Phillips.

Chelsea are reportedly planning to revive their interest in signing Ajax midfielder Edson Alvarez ahead of the New Year.