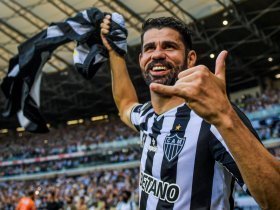 Wolverhampton Wanderers have confirmed the signing of former Chelsea star Diego Costa on a free transfer.

Arsenal have been credited with an interest in signing Chelsea striker Armando Broja this summer.

Arsenal have been linked with a shock move for former Chelsea striker Diego Costa.

Atletico Madrid have reportedly made a move to sign out of favour striker Moussa Dembele on loan from Lyon. Having allowed Diego Costa to leave on a free transfer, Atleti are scouring the January transfer market to find an attacking replacement and are confident a deal for Dembele will be pushed through before the end of the month.

Tottenham Hotspur are reportedly weighing up a contract offer for Diego Costa, who is a free agent after his release from Atletico Madrid.