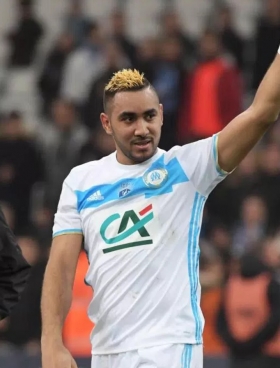 West Ham United have reportedly been offered the chance to re-sign Dimitri Payet from French club Marseille this summer.

France head coach Didier Deschamps has urged Manchester United forward Anthony Martial to work harder after he was not included in the 24-man squad for next month's World Cup qualifiers.

West Ham United have told Robert Snodgrass that he is free to leave the club after being deemed surplus to requirements at the London Stadium, despite only arriving from Hull City in January.

Argentine attacker Manuel Lanzini is reportedly on the cusp of penning a new extension with West Ham United.

West Ham United will turn down any approach from Liverpool for Argentinian attacking midfielder Manuel Lanzini. The 24-year-old is highly regarded at The London Stadium and he is set to feature strongly for The Hammers in the upcoming campaign.

French club Marseille are looking to add a couple of experienced faces to their squad with a move for former Arsenal and Manchester City defender Bacary Sagna.

Everton boss Ronald Koeman has set his sights on a move for West Ham United attacker Manuel Lanzini this summer.

French club Marseille will seek to secure the services of Leicester City's Riyad Mahrez when the transfer reopens in the summer.

Arsenal standing captain Laurent Koscielny has been linked with a surprise move away from the Emirates in the summer.

Arsenal standing captain Laurent Koscielny could consider a return home with Marseille in the summer, a source close to the Frenchman has revealed.

West Ham's joint chairman David Gold has officially ruled out a departure for Slaven Bilic in the coming weeks after a dismal league run for the Hammers. The Croatian manager, a firm fan favourite, has been linked with a departure from West Ham before the end of the league season.

Arsenal striker Olivier Giroud has been again linked with a move to Marseille despite quelling the speculation earlier in the campaign. The France international signed a new two-and-a-half year contract with the Gunners last month.

West Ham United manager Slaven Bilic admits that he would want to sign Real Madrid's Luka Modric over any other player in the future.

West Ham agreed a £25 million deal with Marseille, for the sale of their star midfielder Dimitri Payet on Sunday.

West Ham United are expected to finalize the transfer of Dimitri Payet despite rejecting Marseille's latest attempt to sign the Frenchman.