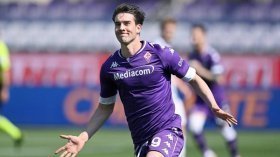 Arsenal are now interested in 26-year-old Serie A star

Juventus striker Paulo Dybala could turn down Arsenal and Manchester United for a move to Inter Milan.

Manchester United have been handed a potential boost in signing Lazio midfielder Sergej Milinkovic-Savic this summer.

Arsenal could miss out on La Liga striker

Arsenal could miss out on signing Real Sociedad striker Alexander Isak this summer amid concrete interest from Barcelona.