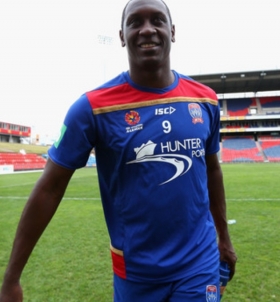 Aston Villa exclusive: Emile Heskey drops insight into Jack Grealish's future
in the Premier League this season, their virtuoso club captain has been touted for moves to both Manchester United and Manchester City as a
12/01 18:30

Former Liverpool star Emile Heskey believes the Reds should recruit the services of Timo Werner from RB Leipzig during the summer transfer window.

Former England international Emile Heskey has revealed his desire to make a comeback to professional football with Leicester City.

Manchester United kept their title hopes within touching distance today as they swept aside Aston Villa 4-0 at Old Trafford. Goals from Wayne Rooney (2), Danny Welbeck and Nani ensured United remain 5 points ahead of Man City at the top of the Premier League.

According to reports from Russia, Aston Villa scouts watched Russian striker Artem Dzyuba in action for Spartak Moscow this week. Dzyuba scored a sublime goal in a 2-1 defeat to rivals CSKA.

Sunderland came twice from behind to pick up a valuable point against a spirited Aston Villa side, although it would not have been the result they expected.

Liverpool are set to make a move for Aston Villa striker Emile Heskey according to reports. The England international forward is unhappy with his lack of opportunity at Villa Park.

Former Aston Villa midfielder Gareth Barry has backed his ex team mate Emile Heskey, who is growing increasingly frustrated with life at Villa Park and looking for a move elsewhere to enhance his England opportunities in South Africa this summer.

Wigan in for Darren Bent

Wigan are reportedly set to sign Darren Bent from Tottenham on January transfer deadline day. It is understood that the Latics have agreed a 6.5 million GBP deal with Spurs.

Newcastle boss Joe Kinnear is apparently ready to make an offer to Wigan for their wantaway striker Emile Heskey in the January transfer window. If the England forward stays at the JJB in January, Newcastle will make another offer in the summer.

Newcastle boss Joe Kinnear has admitted that he is likely to make some big changes to his squad over the coming months and in the summer. There have been a series of high profile names linked with a Toon exit.

Wigan boss Steve Bruce has revealed he would like to keep hold of England international striker Emile Heskey, despite the danger of the player leaving in the summer on a Bosman transfer for free.

Wigan have been linked with a shock move for Middlesbrough striker Mido. It is understood that if Emile Heskey leaves the club, Steve Bruce would like to bring Mido in to partner Amr Zaki up front.

Aston Villa boss Martin O'Neill expects to be busy in the January transfer window and will be looking to bring in plenty of new players. Man City are among some of the clubs that are reportedly looking to bring in new signings, but Villa themselves are expected to be busier.

Martin O'Neill has accepted that Emile Heskey is a target for Aston Villa in the January transfer window. Wigan are apparently ready to let their forward leave soon in order to stop him leaving for free on a Bosman transfer in the summer.