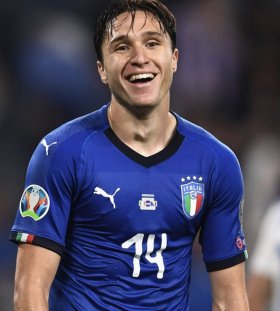 Juventus are open to parting ways with Federico Chiesa next summer as they look to balance their financial books.

Chelsea have been linked with a surprise move for Juventus attacker Federico Chiesa ahead of the winter transfer window.

Liverpool have tabled a reported 80 million euro offer for Italian international forward Federico Chiesa. The 23-year-old has caught the eye in this summer's Euro 2020 tournament.

Manchester United could reportedly make the move to sign Federico Chiesa from Fiorentina this summer, suppose they are unable to strike a deal with Borussia Dortmund for Jadon Sancho.