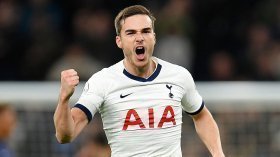 Tottenham in talks to shift out three senior players as Valencia, Villarreal in contact
Celso , Tanguy Ndombele, Harry Winks and Sergio Reguilon are all transfer listed and surplus to requirements under Antonio Conte, with the
08/08 16:16

Tottenham closing in on Richarlison

Tottenham are in advanced talks to sign the Everton forward. Richarlison was the key player for Everton in their battle to stay in the Premier League, as the Brazilian scored 6 goals in the last 9 games.

Tottenham Hotspur could compete with Arsenal in the race to sign Feyenoord midfielder Orkun Kokcu this summer.

Tottenham Hotspur are reluctant to permit the departure of Dele Alli on a temporary deal to Paris Saint-Germain amid COVID-19 fears.

Liverpool legend-turned-pundit Michael Owen has said that the Reds will be under more pressure for the Champions League final when compared to Tottenham Hotspur.