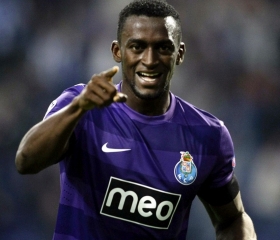 Former Arsenal target Jackson Martinez quits football and releases new rap song
. And this put him in the sights of Premier League side Arsenal during the 2015 summer transfer window with Arsene Wenger looking to build
12/01 13:13

Italian giants Napoli are weighing up a move for Jackson Martinez after Arek Milik sustained a long-term injury.

Liverpool striker Christian Benteke is reportedly the top transfer target for Atletico Madrid. The Belgian international linked up with the Reds last summer following an impressive spell with Aston Villa.

Atletico hot on trail of Lukaku

Atletico Madrid are among the favourites to acquire the services of Everton striker Romelu Lukaku at the end of the season. The Belgian international has been in stunning form for the Toffees in spite of their dismal showing in the Premier League.

Spanish giants Atletico Madrid are reportedly readying a summer offer for Paris Saint-Germain striker Edinson Cavani. The Uruguayan international has been linked with the likes of Chelsea and Manchester United in recent weeks following claims that he may leave Parc des Princes at the end of the season.

Atletico Madrid are expected to launch a move for Juventus striker Alvaro Morata in the summer.

Atletico Madrid could step up their pursuit to re-sign Chelsea striker Diego Costa in the summer.

Colombian international Jackson Martinez has reportedly made his way to the Chinese Super League with Guangzhou Evergrande.

Arsenal are understood to be tracking the situation of Atletico Madrid striker Jackson Martinez.

Chelsea have expressed interest in acquiring the services of Colombian striker Jackson Martinez.

Atletico Madrid have officially announced the signing of Belgian winger Yannick Ferreira Carrasco from AS Monaco.

Colombian striker Jackson Martinez is to complete a 25 million euro transfer from Porto to Atletico Madrid. The talented striker had been watched by a host of Premier League sides.

Arsenal look set to lose on one of their main transfer targets, according to reports.