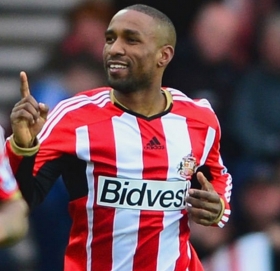 Aston Villa: Journalist hints that Jermain Defoe could join club coaching staff
and what he can teach others, because when it comes to scoring in the Premier League, there are very few who have done it better, as he sits
03/12 12:20

Is Callum Wilson ready for England?

Yesterday marked a major milestone in the return from injury of Bournemouth striker Callum Wilson. After a lengthy spell on the sidelines the Coventry-born forward scored a hat-trick against Huddersfield - is he now in contention for an England place?

AC Milan have completed the signing of Sunderland striker Fabio Borini on an initial loan deal with the option of making it a permanent signing at the end of the coming season.

Jermain Defoe has joined Bournemouth from recently relegated Sunderland on a free transfer. The England striker has agreed to a three year contract with the club that he spent time with on loan at in the 2000/01 season.

Bournemouth are reportedly mulling over their decision to sign Jermain Defoe, who will be turning 35 later this year. The England international bagged 15 league goals for Sunderland last season, but he was unable to prevent them from dropping to the Championship.

Bournemouth are reportedly close to securing the services of veteran striker Jermain Defoe on a free transfer. The England international will be out of contract this summer due to a relegation release clause in his Sunderland deal.

Sunderland manager David Moyes admits that goalkeeper Jordan Pickford could be sold in the summer, should any club table a &pound30m fee for his services.

Crystal Palace Sam Allardyce is prepared to join the likes of West Ham United and Bournemouth in the pursuit to sign Jermain Defoe in the summer.

West Ham United will reportedly look to re-sign striker Jermain Defoe on a free transfer at the end of the current season.

West Ham United are prepared to lure both Jordan Pickford and Jermain Defoe from Sunderland when the transfer window reopens in the summer.

Crystal Palace manager Sam Allardyce is open to the prospect of signing Sunderland striker Jermain Defoe, should they beat the Premier League drop this season.

Sunderland striker Jermain Defoe could make a surprise switch to arch-rivals Newcastle United when the transfer window reopens in the summer.

Jermain Defoe has a relegation release clause in Sunderland deal

Jermain Defoe has a relegation release clause in his Sunderland contract which will be triggered if the Black Cats are to drop to the Championship.

Bournemouth are prepared to lure Sunderland striker Jermain Defoe in the summer with the opportunity of offering him a regular run in the Premier League.

Bournemouth boss Eddie Howe will reportedly offer Jermain Defoe a return to the Premier League, should Sunderland fail to beat the drop this season.

Every year hundreds of academy players get released from the club they have been at for years. Those who do  get the contract they have been working for, are often then the subject of a number of loan moves without ever getting close to the first team of their parent club. We often forget just how hard it is for young English players these days. The riches of the premier league ensure that clubs would rather invest in players than invest in time, and let their home-grown players thrive. Every season although, there are exceptions. Injuries can lead to opportunities, and cup competitions can offer a platform for young Englishmen to launch the start of their career. These players have taken the most of their opportunities this year, and it won’t be long until they’re considered for the England senior team.