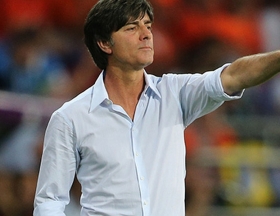 Liverpool and Manchester City are both interested in signing Borussia Monchengladbach midfielder Florian Neuhaus this summer.

Paris Saint-Germain have reportedly joined Barcelona in the race to sign Antonio Rudiger during the January transfer window.

Germany head coach Joachim Loew has revealed that Antonio Rudiger tried everything to leave Chelsea before the international transfer deadline.

Germany coach Joachim Loew has said that his side deserved to be knocked out of the FIFA World Cup in Russia after their 2-0 defeat to South Korea.

Germany head coach Joachim Loew has stressed that Mesut Ozil still has a key role to play at the World Cup despite being dropped to the bench for the comeback win over Sweden.

Tottenham Hotspur have reportedly joined the likes of Arsenal and Everton in the pursuit of Borussia Dortmund midfielder Mario Gotze.

Manchester United are reportedly planning to continue their spending spree with a move for Augsburg defender Philipp Max.

Germany and Manchester City midfielder Ilkay Gundogan is still proud to have played for his country, despite jeers being received by the player. In a recent friendly game, Gundogan had been booed throughout the game after high profile meetings between the player and the Turkish president Erdogan.