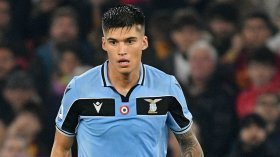 Liverpool have reportedly made contact with Lazio regarding a potential summer move for Joaquin Correa.

Lazio have are reportedly eyeing a summer move for Lyon star Memphis Depay.

On what was always going to be a difficult fixture, Leicester City return to England today with just a one goal deficit going into the second leg, and what could prove to be a vital away goal.

Manchester City have reportedly made a formal offer for Estudiantes midfielder Joaquin Correa, according to SportItalia.